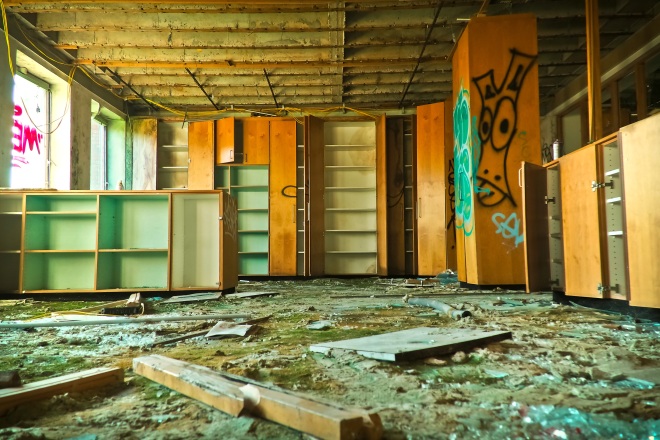 The Trump administration is chipping away at the foundations of the Affordable Care Act. After twice failing to secure legislative repeal in Congress, Mr. Trump is using his executive authority, the Department of Health’s regulatory powers and the tax code to unravel the law piece by piece. And this week’s release of the 2019 budget proposal signaled Mr. Trump’s intention to push for yet further healthcare cuts. With no replacement for the ACA in sight, the consequences are particularly serious for America’s sick and elderly, who already face more financial barriers to healthcare than in any other high-income country.

In the private health insurance market, the administration’s changes include the elimination of the individual mandate to buy health insurance, the suspension of payments to insurance companies to subsidize the cost of insuring low-income Americans and shortened enrollment periods for the health insurance exchanges. Healthy individuals are now more likely to forego buying insurance, driving premiums and deductibles even higher for the sick. The administration is also making changes to Medicaid, the state-run healthcare safety net for the poor and disabled. States can now impose work requirements on Medicaid beneficiaries and have imposed other restrictions on eligibility. Several states have requested federal waivers to impose lifetime limits on adults’ access to Medicaid coverage. All this on the heels of last year’s cuts to discretionary spending for social services such as Meals on Wheels.

The administration’s 2019 budget proposal – although largely a political statement unlikely to sway Congress in the near term – contains a further $1.8 trillion in cuts to federal entitlement programs such as Medicaid, Medicare and food stamps. Savings in Medicare, the federal health insurance program for people over 65, would amount to more than $490bn over 10 years, or about 5% of currently expected Medicare spending. This would include cuts in Medicare payments to hospitals for “uncompensated care,” as well as cuts to nursing homes and home health agencies. Cuts to the food stamp program would amount to more than 30% over a decade. The administration has also proposed changing eligibility requirements for the food stamp program and how food assistance is delivered.

Such changes will likely fail to make people healthier, improve quality of care or indeed, save money. Sick patients denied Medicaid coverage to access primary care and supportive services will instead make expensive and burdensome emergency room visits to receive indigent care paid for by the taxpayer, often undergoing procedures that could have been prevented. Proposed cuts to Medicare – particularly to nursing homes and home health agencies – are hard to fathom at a time when the baby boomer generation is aging into Medicare at a rate of 10,000 per day and patients are already financially-stretched. Many Medicare beneficiaries cannot afford basic medical expenses because of the cost of premium contributions, cost-sharing for visits and higher drug prices. The 2017 Commonwealth Fund International Health Policy Survey of Older Adults in 11 countries showed that American older adults were sicker than their peers and had more financial barriers to care. A full 23 per cent of older Americans with access to Medicare said that in the past year they had not visited a doctor when they were sick, had skipped a recommended medical test or treatment, had not filled a prescription or had skipped doses because of cost. Only 5 per cent or fewer of older adults in France, Norway, Sweden and the United Kingdom reported these barriers.

Meanwhile, there is strong evidence to support the notion that inadequate attention to social services and supports such as food stamp programs leads to higher healthcare spending, as detailed by Elizabeth Bradley and Lauren Taylor in the American Healthcare Paradox. Bradley and Taylor demonstrate that when both social and healthcare spending are taken into account, the US is not a high spender relative to other developed countries, but its spending is disproportionately on healthcare. Programs such as Meals on Wheels show a strong return on investment in this regard. Studies of the impact of home-delivered meal services on diet and nutrition have shown that home-delivered meal programs significantly improve diet quality, increase nutrient intake and reduce food insecurity and nutritional risk for recipients. Other positive outcomes include increased socialization and improvement in dietary adherence – all factors that can drastically reduce healthcare spending by avoiding hospital admissions and emergency room visits, and by helping older adults live independently in their homes rather than incurring the cost of nursing facilities.

The administration’s push to dismantle the Affordable Care Act and slash social programs has serious consequences for the health and welfare of the sickest and most vulnerable patients. Mr. Trump’s policies have done nothing to address the underlying sources of high healthcare costs and instead use blunt instruments to reduce spending and restrict access to care. Mr. Trump failed to repeal the ACA because his administration had no workable replacement. Before dismantling the existing system by other means, with all the attendant risks to patients, it is incumbent on lawmakers to partner in the design of a healthcare system that can meet the needs of all Americans.